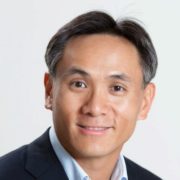 Stanley Szeto, Executive Chairman of Lever Style Inc., was named the EY Entrepreneur of the Year 2018 China Industrial Products Category. The award recognizes entrepreneurs who have demonstrated innovation, capability, perseverance, and integrity.  The EY EOY award is presented to winners in over 60 countries. In 2018, 12 entrepreneurs from China, including 3 from Hong Kong, won the award.

Lever Style Inc. is a Hong Kong-based apparel manufacturing group that was established in 1956. It is the supply partner of well-known fashion labels such as Theory, Hugo Boss, John Varvatos, AllSaints and Vince, and e-commerce pioneers including Bonobos, Stitch Fix, and Everlane.

Lever Style’s apparel products are leading the industry in men and women categories, spanning woven and knitted products. Its versatile and multicountry manufacturing platform is geared for quick response and flexible orders. The company is known for its technical competency and product development capability, honed over decades working with the world’s most discerning designers. Around half of the sales now are to digitally native brands and retailers.

Stanley joined Lever Style in 2000, became CEO in 2001, and was named Executive Chairman in 2007. He is a member of the West Coast board of the Baker Retailing Center.