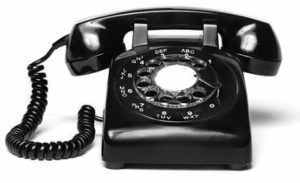 Tom Robertson on why retail leaders need to embrace the perspective of up-and-coming talent with open arms or pay the price of ignoring the future.

Similar to 30 million other Internet users, I was captivated by the now-viral video of two 17-year-olds trying to dial a number on a rotary phone — and struggling for a long while before eventually succeeding.

Why do older generations love videos like these? Probably because it’s irresistible to see how young people process the world so differently than we do.

In kindergarten these kids likely watched unboxing YouTube videos on their mother’s iPhone. In fourth grade they perfected the XPro Instagram filter, and in eighth grade they joined their friends in lowered allegiance to Facebook. When they entered high school, Snapchat was ubiquitous. In just a few short years, they’ll be in the workforce, along with millions of young people who’ve never paid with cash at Starbucks.